December 21, 2016, Columbus, Georgia—The Youth Orchestra of Greater Columbus (YOGC) is pleased to announce the that the Georgia Music Foundation has awarded a Preservation, Education and Outreach grant in the amount of $5,000 for the YOGC chamber group program. This is the first time the YOGC has received a grant award from the Georgia Music Foundation. We are also pleased to announce the YOGC has received a sponsorship for the January 21, 2017, Magnificent Marches concert, from the Mildred Miller Fort Foundation (MMFF). The MMFF gives primarily to education and health care, including a hospital; funding also for environmental protection and beautification, and relief of the underserved.

This is the first time YOGC has received funding from the Georgia Music Foundation, and we are excited about the new partnership. Our chamber program has grown from one to six ensembles in just a couple of years. YOGC is thankful that Georgia Music Foundation recognizes the program’s importance to the young musicians of the Chattahoochee Valley.              – Stephanie Erdman Payne, Youth Orchestra Executive Director

The Youth Orchestra Chamber Program is a subsidiary of YOGC’s main offerings. About 30 select students participate in six chamber groups: two string quartets, a woodwind quintet, a brass quintet, a percussion ensemble, and a violin ensemble. YOGC contracts professional musicians that specialize in these types of ensembles. Coaches work with their ensemble for 25 one hour coaching sessions between September and April and perform at two concerts, one in December and one in April. In addition, the chamber groups also act as ambassadors for YOGC by performing at various community events. YOGC has taken students to perform at the Columbus Botanical Gardens’ Garden Gala, Old Town’s Tour of Homes, Columbus Cottonmouths’ hockey game, ArtBeat, The Columbus Museum’s Christmas program, Santa at Riverside event on Ft. Benning, Bo Bartlett’s exhibition opening and reception for Art Makes You Smart, and many more events in the Columbus area.

Magnificent Marches is a side-by-side concert featuring members of the Columbus Symphony Orchestra(CSO) performing with Youth Orchestra students. YOGC students will rehearse with CSO musicians and then perform onstage together on January 21, 2017, in the Bill Heard Theatre at RiverCenter starting at 7:30 p.m. This concert is free and open to the public. The concert will include music from Berlioz “Hungarian March from “The Damnation of Faust,” Meyerbeer “Coronation March from “The Prophet,” Bizet “The March of the Toreadors  from “Carmen,” Strauss “Radetsky March,” and Tchaikovsky “March Slav.”

Since 1993, the Youth Orchestra of Greater Columbus has been teaching the area’s most talented young musicians. Led by music director James Palmer, this outstanding orchestra program includes the Youth Orchestra made up of intermediate and advanced string, brass, wind and percussion musicians, the String Orchestra composed of young string players, chamber groups, a percussion ensemble and a summer string camp. Rehearsals are held each Monday evening during the school season at the RiverCenter for the Performing Arts. Visit www.YOGC.org for audition requirements and an application for the 2015-16 regular orchestra season.  For additional information e-mail info@yogc.org or call 706.256.3614.

TO DOWNLOAD THE PDF VERSION OF THE PRESS RELEASE – yogcawardedgrantsponsorship2017 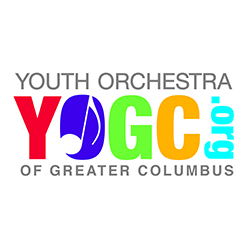